Dalton Keith Johnson was a loyal and loving son, brother, uncle, grandson, friend, and boyfriend, whose life tragically ended on July 26, 2019, as a result of a traffic crash. He was a tremendously resilient individual who navigated so many instances of trauma, grief, and loss throughout his short eighteen years on this earth. Nevertheless, Dalton made the daily choice to not allow those instances to hold him back. We believe it is important for you to hear some of Dalton’s traumas, times of grief, and examples of loss, in order for you to ultimately conclude the same thing he did, hope exists.

When faced with events such as these, even adults can be shaken and lose focus. Understandably, Dalton was initially unable to cope with what he was experiencing and was completely overwhelmed. As parents, we thought our support was enough, until that is, at the age of 9, Dalton planned to end his own life. After being directed to a mental health facility and witnessing its transformative power, Dalton started his journey forward and found hope.

Dalton’s life story, the scarcity of trauma, grief, and loss resources we faced, and the tsunami of grief left behind is the heartbeat of how The Dalton House was born. Navigating through Dalton’s death as a family and reflecting on the traumas of his life, we came to realize how significantly the traumas impacted the entire family, including his sisters. This realization led us to understand the importance of supporting the entire family when navigating trauma, grief, and loss.

We created The Dalton House to help overcome the geographical and financial hurdles those seeking mental health resources encounter. We are committed to providing the therapy and support resources necessary for you to connect and begin your journey of finding the healing hope Dalton discovered. 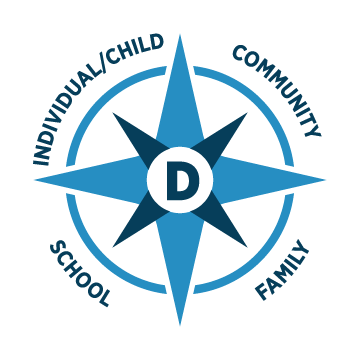 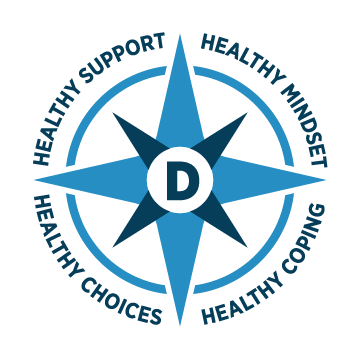 We at The Dalton House believe it is important to be transparent about our future plans and how we arrived where we currently are. In that spirit and because we are a new nonprofit organization, we are including a brief synopsis of what has been accomplished thus far, along with details of our future plans.

The family of Dalton Keith Johnson purchased a 5.87 acre piece of commercially zoned property in Clinton, Missouri, with hopes of one day constructing a facility that will increase access to trauma, grief, and loss counseling and support programming.

Our attorney filed The Articles of Incorporation and they were accepted by the State of Missouri.

Summer of 2021, The Dalton House Board of Directors was formed.

Received our official letter from the Internal Revenue Service stating The Dalton House is now an official 501c3, nonprofit corporation.

Secure donations, grants and other funding sources to construct The Dalton House (pics to follow) and an attached Counseling Cottage, a practical and modest 40×60 structure, equipped with 5 counseling rooms and 1 group room with enough space to accommodate individual and family counseling, a 36 week Resiliency support after school program, grief and loss programming for children and various other support groups. These funding sources will also allow for operational and personnel costs as programming begins.

Secure donations, grants and other funding sources to construct the second structure of The Dalton House, which will allow for expansion of the existing support programming, to include overnight facilities for trauma and grief camps, and weekend retreats for individuals and families navigating trauma, grief and loss. Lindy is a Licensed Professional Counselor in the state of Missouri and is endorsed by the National Board for Certified Counselors. She holds a Masters in Clinical Counseling from Central Methodist University’s CACREP accredited program. She holds a Bachelor’s in Social Psychology with concentrations in Abnormal/Clinical and Human Developmental with a minor in social work from Park University.

Lindy’s work as a K-12 school based therapist, and having experienced and parented children through trauma, grief and loss places her in a unique position to empathize and walk in the shoes of children, individuals, and families as they experience similar circumstances.

Lindy’s leadership roles include service on the Board of Directors at Park University, service on the Counselor Advisory Board at University of Missouri- Kansas City, and currently at the University of Central Missouri in Warrensburg. Lindy was voted Staff Member of the Year at State Fair Community College in 2014 while working as a student success coach in the TRIO program.

Lindy currently works full time at Clinton High School, as the College/Career Access Counselor through the rootEd Alliance and The Ayers Foundation. Within her current role, she finds great joy and is passionate about helping rural students navigate their post-secondary goals and overcome barriers.

Lindy has been married to her husband for 23 years. They share 3 beautiful, strong and successful daughters and a deeply adored son in law. She feels incredibly blessed to share life with her 2 grand-babies, commonly referred to as her Vitamin K’s. Adventures with her family is her favorite way to spend her time. Lindy spends her time off volunteering at The Dalton House as Founder and Executive Director. Her future plans are to move into a full time role and provide counseling and support services to clients of The Dalton House. Currently, she enjoys facilitating the Face to Face Child Loss support group at The Hampton Inn and also facilitates an online Zoom support group. Neil has worked in the field of law enforcement for nearly three decades and has significant experience with trauma, grief, and loss stemming from both his professional and personal life. Neil is a husband, a father to three daughters and one son, and the “Beepa” to two amazing grandchildren.

Neil is committed to ensuring Dalton’s memory and legacy survives and is advanced, through The Dalton House. Dalton’s tenacity of life, his love for adventure, his entrepreneurship, and his overwhelming resiliency will be an example to all who enter The Dalton House.

Neil has been employed by the Missouri State Highway Patrol for over twenty-six years and is currently in a supervisory role as a Master Sergeant. During his time as a trooper, Neil also worked part time for the Liberty School District, which offered numerous opportunities for him to interact with and help guide students of all ages through many traumatic and life altering events. These lifelong experiences have provided a unique perspective, complimentary to the mission and vision of The Dalton House.

Need support?
You are not alone...We stand with you!
Contact Us