Dalton’s first exposure to tragedy occurred when he was barely three years old. Dalton and his family left to celebrate a family member’s birthday and returned home to discover it had been destroyed by a tornado in Liberty, Missouri. The tornado resulted in Dalton and his family moving three times within that year. Less than a year later, at four, one of Dalton’s favorite humans, his grandfather, completed suicide. At six, while in kindergarten, he was sexually assaulted at school by a troubled peer. At nine, he and his older sister, Trysten, were threatened and held at knife point while out on a walk in their ‘safe and quiet’ neighborhood by a troubled 14 year old. Due to his sister’s quick thinking, they escaped serious physical harm. A nearby resident, seeing the fear in their eyes, provided sanctuary until law enforcement arrived.

Up to this point, we continued to take the advice of many around us to pray, to keep our daily and church routine, and Dalton would eventually heal from his emotional wounds. Unfortunately, at nine, just weeks after being held at knife point, Dalton had an interrupted suicide attempt. Faced with the seriousness of the attempt, we reached outside our normal support group and were encouraged to seek professional help.

After the initial interview of Dalton, we heard the words, “Mr. and Mrs. Johnson, this is the most real and serious case of an attempted suicide in a nine year old child I have ever dealt with in my 20 year career as a therapist.” His therapist explained, Dalton was tired, exhausted, and didn’t want to live anymore. After making the shocking discovery, gaining a better understanding of the severity, and realizing we were woefully unequipped, we transported Dalton to an inpatient children’s facility, where he spent ten days. We learned our steadfast faith was definitely a protective factor in Dalton’s journey, but learned that mental healthcare was a necessity for children who have been traumatized. Dalton completed his program and continued with intensive outpatient treatment for the next couple of years, processing and journeying through his complex trauma. 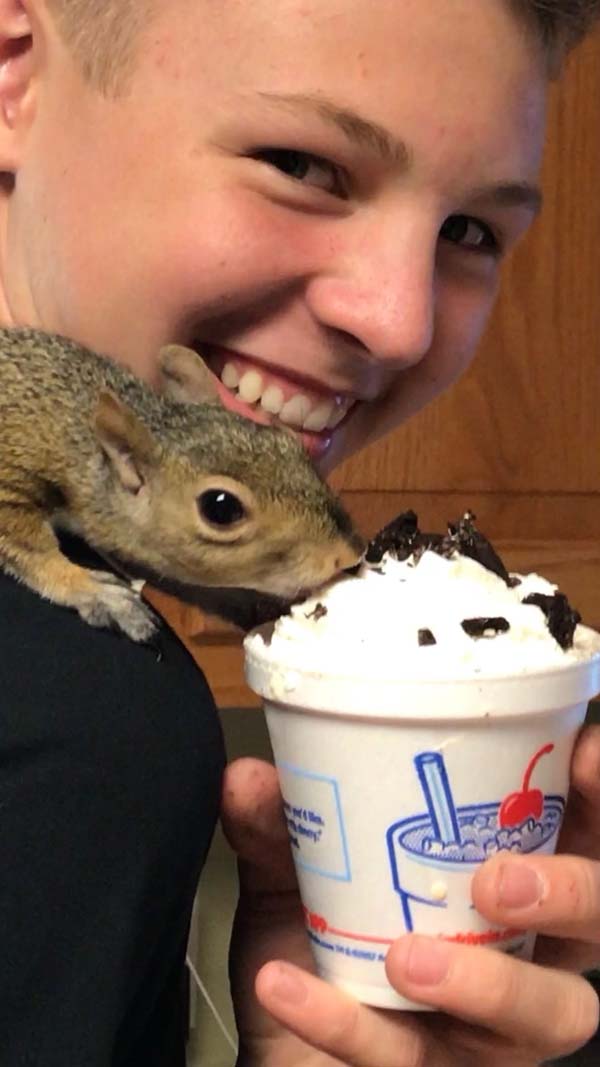 As Dalton entered middle school, he found a love for percussion. He had already learned how to play the piano and according to both him and his piano teacher, loved to play by ear. Music seemed to provide an outlet for Dalton and his enjoyment was apparent, as was his ability and talent.

In 2014, we moved to a new town, due to a work promotion. On the first day of school, Dalton’s talent in percussion was revealed to the band teacher, which led to him being assigned first chair. Consequently, the boy who had previously been first chair became angry and started bullying Dalton. A few days into the new school year and after being intensely bullied from the start of school, Dalton was choked unconscious by that angry peer. The result was Dalton’s jaw being broken and his chin requiring stitches. Having learned so much and witnessing the benefits of mental health support through trauma and loss, we quickly placed Dalton back in therapy.

It was about this time that Dalton started riding a dirt bike. He later expressed how much the dirt bike meant to him and how therapeutic it was during this time in his life. Another therapeutic aspect of Dalton’s life involved him playing the drums for the praise band in his church. Dalton formed wonderful relationships during this time and found an outlet for his artistic expression through music. He had a sense of belonging. That same sense of belonging was strengthened on youth group mission trips as he embraced every opportunity to serve others.

Dalton completed his 8th grade year in public school, but endured continued bullying for the remainder of the school year. Dalton tested into college at age fourteen, but was not allowed to enroll due to his young age. Because of his experiences in public school, Dalton chose to stay home and was homeschooled his freshman year.

At fifteen, Dalton enrolled at State Fair Community College in Sedalia, Missouri. This provided an accepting, loving and challenging environment for Dalton, where he truly, for the first time in his life began to thrive, not just survive. He started his own bath bomb business and the days of being picked on and bullied because of his size, talents, sensitivity, and brilliance was of the past and he continued to become the best version of himself. Early in his college career, he was asked to be the keynote speaker at a Suicide Awareness event at SFCC that drew over 200 people. He was outspoken about all he had been through and was an advocate for people with any difference or struggle. He was an advocate for mental healthcare and the importance of getting the help a person needs. Trauma changes the brain. It changes the person. His love for music, a solid support system, both at home and of his mental health team, is how Dalton survived his traumas. He found strength factors within himself, recognized his beauty and courage, embraced who he was and kept going.

While at SFCC, Dalton found what he had been searching for, something that engaged both his brain and his hands, and in something he could be successful. Dalton found precision machining. Dalton was talented enough that a local business sought him out and not only offered him a job, but also to pay for the rest of his college education. The recognition by Dalton’s instructors in college, his coworkers, and his supervisors at work reinforced what we already knew, Dalton was amazing! His new position provided him the opportunity to move out on his own and get an apartment. Dalton truly loved his independence and became engaged in a whole new world, where he continued to discover ways to pour his pain into something positive.

In the height of a full time job, finding “his wife”, having his own apartment, and being one class from graduating college, an alleged impaired driver turned in front of his motorcycle, killing him instantly. Why? He was finally living his best life…he was gone. We can’t get stuck in the Why, as it sucks us into a dark place. We move forward trusting in our faith, and knowing that maybe Dalton was saved from more trauma that none of us will ever know. We do know life is hard and others are journeying through a similar life, a trauma story of their own, but lack resources to help them survive and thrive. Hence, the heartbeat of The Dalton House, a lighthouse for children/individuals, communities, families, and schools to find refuge, support, and education relating to trauma, grief and loss. This is his story and the foundation of The Dalton House…His legacy!

Need support?
You are not alone...We stand with you!
Contact Us